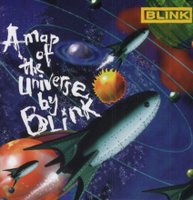 This Finglas band will be famously remembered for making the much less interesting yet vastly more popular Blink 182 append the numerics to their name. Led by the diminutive Dermot Lambert, Blink were a spunky quartet that were characterised by raging guitars, slight yet effective synths and Lambert’s tumultuous word volleys. Over the course of 3 well received albums Blink matured into a fine band, creating pop nuggets at every turn. Their debut remains a favourite, however, due to its lavish whimsical nature and sheer energy. The band were a huge live prospect with Lambert at the core whipping proceedings into a frenzy of activity. Included here are ‘Cello’ which saw Blink dip their toes in ambient waters. The other track is a b-side from the ‘It’s Not My Fault’ single that is as tender as a pork chop and twice as tasty. Dermot if you are watching, we’ll never forget that Chelmsford gig way back in 1994!

The Murphy’s Live Mix sets out to prove that live music is not dead. To ram the pint (sic) home they employ Blink to open their Festival of free music. As with all Blink gigs expect the expected. Ferocious guitars, snarling vocals, epileptic drums and the calming infleunce of a rabid keyboard. Yes Blink encapsulate in 60 minutes what most bands set out to achieve on a Lollapolooza tour. This is no ordinary gig however. This is the spiritual home of Blink. The ownership may have changed but Eamon Doran’s still retains that Rock Garden vibe where Blink started out. Dermot Lambert resplendent in appropriate orange shirt orchestrates his band to deliver pure music. ‘Going To Nepal’ and ‘Is God Really Groovy’ kick off proceedings in the best possible way. Then ‘Happy Day’ grabs your head and pushes it back and forth so you resemble a hungry woodpecker. What elevates Blink above their peers is an uncanny ability to make their songs so immediate. This is exemplified as the tempo of the gig rises as old and new material seam perfectly together. As the ‘Fundamentally Loveable Creature’ holds hands with the ‘Girl Whose Skin Was The Wrong Way Around’, ‘Billy’ realises that ‘Everything Comes, Everything Goes’. ‘Can’ and the somewhat longwinded ‘I Know You Broke My Heart But I Still Like You’ distinguish themselves and sit neatly on the shelf marked future hit singles. The experience continues as ‘Cello’ climbs the stairway to pop heaven with effortless grace. The manic Lambert thumps his guitar over and over drenching our ears in glorious feedback and as the drums roll the killer keyboard harmony completes the sonic Picasso. For six minutes everyone present stares incredulous and bewitched. Blink prove you can be happy without being nauseous (The Wets), quirky without being sad (The Neds) and above all brilliant without being aloof (The Roses). ‘Love Me’ and ‘Its Not My Fault’ continue the onslaught and thankfully ‘Snow(Be Precious)’ arrives just in time to avoid core meltdown. As an encore we get ‘Shake Everything’. Wrecked from the experience we are unable to shake anything and the floor becomes very wet. KD

[US] A Map of the Universe