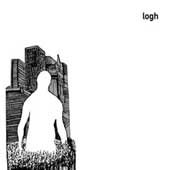 Most of Logh’s ‘Every Time a Bell Rings an Angel Gets His Wings’ was recorded at night but there is nothing dark about what they ended up with. This is an album that will surround you with its subtle guitar riffs, hum like vocals and pronounced yet undistracting percussion. It works best when heard in its entirely, breaking it up dulls the effect but one or two tracks operate well in isolation. ‘Note On Bathroom Window’ is one, staggering to its feet about half way through with a rush of acoustic strums, layered vocals and scene setting bass riffs. The band come from Lund in Sweden but share the same artistic persuasions as Canada’s Do Make Say Think. Their last album was recorded in 10 hours so as you can imagine there is a natural feel to the way their music flows. Nothing is pushed or polished; the ideas are as they were when they first appeared like a light bulb in the bands imagination. On their European tour last year they were robbed several times, so as you can guess they might not be the luckiest band in the world but with album number four out this year they could be the likeliest to emerge triumphant. KD