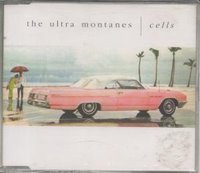 Things went a bit quiet for the Ultra Montanes at the early part of the century. Despite spades of critical acclaim for their EP’s things just didn’t fall into place the way they should have. But now they’re back and ready to conquer the world. They have just released a new EP called ‘Dirty Blood Saved Our Town’ and thankfully their un-sterilised sound remains intact. ‘Stains’ is a song from their debut EP ‘Cells’. Rory O’Keeffe’s Molko like vocals are the the most immediate thing that hits you but ‘Stains’ also features chord placements that recall Whipping Boy’s first LP ‘Submarine’, churning and devilish they spit vitriol in a rainbow of colours. With these influences seeping through you’d imagine they’re be nothing left for the Ultra Montanes to offer yet ‘Cells’ is such a sweeping statement of intent it signifies a brooding talent about to take on the world. With a bit of luck TUM’s that are releasing songs in 2006 will finally ascend to their rightful place on the indiepop throne. Supporting Babyshambles could be a nice leg up, at least when Doherty decides to turn up. KD