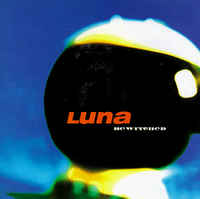 New Zealander Dean Wareham has had an eventful time in the music industry. Since the break up of his first band Galaxie 500 he has worked with a diverse set that included Mercury Rev (he played on ‘Car Wash Hair’), Sterling Morrison (the Velvet Underground), Laetitia Sadier (Stereolab) and the drummer from the Feelies. If that wasn’t enough his second project Luna went on to record a near masterpiece in 1994 called ‘Bewitched’. The album not only swaggered under the weight of its own adventures but also proved to be among the best drivetime companions ever. Top of the pops was ‘California (All The Way)’, a song that featured all the essential Luna elements. Guitars straddle the narrow line between pop and country and Wareham sings as if he is about to break out into conversation. His voice is unique, warmly following a steady course that ensures that the words are all the more distinctive. Luna officially broke up in March of last year but a greatest hits and a documentary of their final tour should keep them in the minds eye. KD

Luna – California (All The Way)