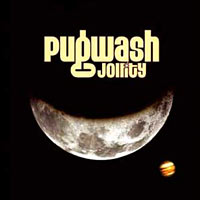 It’s too easy to be tough on bands that are derivative. After all, have you ever heard of an acclaimed cover band? Nope they don’t exist, the beauty is in the creation not in the facsimile. Pugwash are so overwhelming indebted to the Beach Boys/Beatles template that you’d half expect for Brian Wilson to have a direct debit from Thomas Walsh’s account. But for all that, Pugwash are well capable of turning heads themselves by turning the derivative into the delirious. ‘It’s Nice To Be Nice’ stands imperious alongside ‘Apples’ and much of the bands new album ‘Jollity’ as a reason to embrace the past in order to illuminate the present. Early doors it’s pet sounds but as soon as Walsh’s lush vocals kick in you’ll be caught up in a slipstream of lavish harmonies that are uniquely Pugwashian. Don’t say you haven’t already been consumed by its sunshine spirit, let Pugwash be the captain of the soundtrack to your summer. KD

Pugwash – It’s Nice To Be Nice