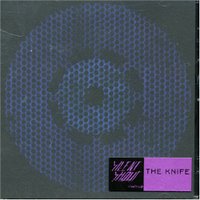 This reminds me of some of the sequences from Underworld’s one true classic dubnobasswithmyheadman, especially in its initial scurries. After a bit it does put the emphasis on a trance tech angle but it’d be a brave person who’d attempt to dance to it. The Knife are the Swedish brother and sister team who are responsible for one of 2006’s most impressive electronic long players. So far much of the press they have received has been as a result of Jose Gonzales (admittedly impressive) use of their ‘Heartbeats’ song from their last album ‘Deep Cuts’. Hopefully the attention won’t just end there because the Knife have the ability to stand beside other electronic greats such as the aforementioned Underworld and the incomparable Orbital. ‘Silent Shout’ is so effective it will hardly bother you that Karin Dreijer Andersson sounds like she could do with a priest and lots of holy water, this is surely one Swedish creation that should be in your possession. KD