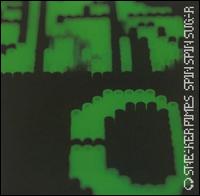 While some might regard the remix as the lowest form of artful creation there an abundance of examples where a third eye can augment an original. One only has to look at the reworking of Bloc Partyâ€™s â€˜Silent Alarmâ€™ to see how other fertile dimensions can be appended to classic tracks. Sneaker Pimps might not be in the same league but their output was ripe for recycling, no more so than on Armand Van Helden’s masterful remix of â€˜Spin Spin Sugarâ€™. This song deserves its place in the pantheon of dance classics, owing a debt to drumâ€™nâ€™bass master Roni Size yet making ample use of Kelli Daytonâ€™s soulful voice. This version almost breaks 10 minutes but it reinvents itself so many times using a cathedral of sonic shapes that itâ€™s hard to be divisive. KD