The Waiting Room – Take Another Denis 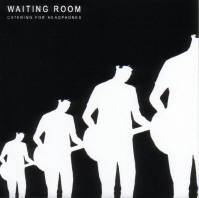 It’s been a while since the heady days of the Frank & Walters and Sultans of Ping glorious emergence from Cork. In the interim there hasn’t been a lot to shout about but the Waiting Room seem set to change all that. There is a lot to admire in their sprightly guitar rambles that recall C86 but there are also moments that Mogwai could also call home. ‘Another Take’ and ‘Denis’ peer into the heart of the band from different angles. The former is sees the band caress their instruments with careful attention resulting in an almost dreamlike production. All that is left is for the singer to do is to trip daintily alongside the laidback arrangements. ‘Denis’ is a jauntier affair, with supple riffs flashing by almost as quickly as the machine gun drumming. This is not too far from the sort of exotic jangling that Film School are producing. The Waiting Room are set to release their David Odlum produced second LP this summer. KD

The Waiting Room – Another Take