The Doors – The Crystal Ship 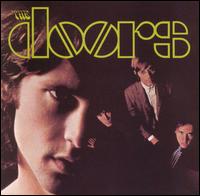 The Doors were formed in Los Angeles in 1965 and were undoubtedly one of the most impressive bands to emerge from that seminal decade. They were characterised by the mysticism of their lead man Jim Morrison and the swirling keyboards of Ray Manzarek. The Oliver Stone biopic in 1991 reignited interest in the band inspiring a new generation to uncover many of their classics. ‘The Crystal Ship’ appeared on the Doors eponymous debut album in 1967 (as well as a b-side to ‘Light My Fire’) and offered a more restrained moment from the band. Manzarek’s keyboards are held in check by his own classy piano riffs and Morrison’s spooky vocals. The song weaves through an unusual course with no definable chorus yet it is never less than haunting. Speculation about the ambiguous lyrics tend to be split down the middle with some believing it is about the break-up of a relationship with others suggesting it is a eulogy to dropping acid. KD

The Doors – The Crystal Ship