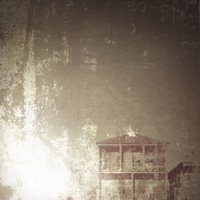 I featured this tune on the theme based on the months of the year but felt it was worth revisiting because it is so unearthly beautiful. The comparisons are straightforward, there ain’t much to peel away because Kevin Shields hand is all over this yet paradoxically the dense mosaic lacks guitars. M83 can also take a bow because they too appropriated the My Bloody Valentine tapestry and lent it an altogether machine based alter ego. Belong are a duo from New Orleans and their album was for the most part assembled in their bedroom studio. ‘October Language’ is the title track but this version penetrates much deeper than the languid version that appeared on the album. Play this to your mother and she’ll scream to the high heavens, Buddy Holly it is not, but there is a fetching grace to the alien drone and a deep-rooted passion in the delivery that is so otherworldly it will quite likely shake your world weariness. KD