Scheer – Wish You Were Dead 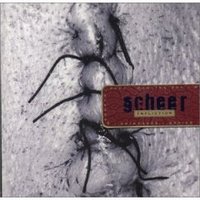 Derry’s Scheer were characterised by Neal Calderwood’s abrasive guitars and Audrey Gallagher’s distinctly celtic voice. Despite only releasing one album in their lifetime (‘Infliction’) their cult following ensured that ‘And Finally’ was released posthumously in 1999. ‘Wish You Were Dead’ remains their most electrifying work with huge rambling guitar riffs reminiscent of Belfast’s Therapy! Gallagher for her part revels in the din sending a volley of words skywards that twist and swoop in an endless tango with the music. Scheer enjoyed a berth at 4AD which lead to lip smackingly tempting live appearances alongside Mojave 3 and Lush. Not exactly Sunday evening fare this but useful for clearing out the cobwebs for the week ahead. KD

Scheer – Wish You Were Dead