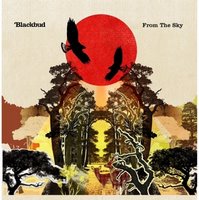 You can forget Dean Windass and his legendary pouch, Blackbud are about to become the biggest thing ever to come kicking and screaming out of Bradford. With songs such as the treasureable ‘Heartbeat’ their future looks particulary rosy. The essential ingredient is undoubtedly Joe Taylor’s voice that easily switches from lithe and lonesome to downright heavyhearted falsetto. The music is equally accomplished, drafting huge emotion through elegantly manicured guitar lines and chord skirmishes that recall Radiohead pre that anonymous adolescent. There is a huge market to be exploited with Coldplay fans still wimpering at the absolute insipidness of ‘X&Y’. For once it seems the attraction could be equally felt on both sides of the indie/mainstream divide (even if this is becoming increasingly blurred). Blackbud’s debut album ‘From The Sky’ is released at the end of the month through Independiente. KD

[US] From the Sky